“Astrology is the work of the devil” is the rallying cry for many Christians that denounce all things metaphysical, however this is often a testament of ignorance of the history of astrology and the Church. Not only did astrology have an illustrious career in the high court of the Vatican, but many prominent Christian theologians saw the important relationship between. However, due to conflicts between the astrological idea of predetermination, and the importance that Christianity places in free will, astrology has often sat uncomfortably within Christianity, though it has many famous Christian followers.

is
for
(From the 1907 book by Lyman E. Stowe
Stowe's Bible Astrology: The Bible Founded on Astrology (Kessinger Publishing), pp. 130-136)

Now the Sun is re-born every year on the 25th dayof December; that is, the days begin to lengthen.It is the winter solstice. He is his own father. Heis born in the stable between the constellations ofthe horse and goat, Sagittarius and Capricornus.

Thirty years alter Christ’s birth he was baptized.Thirty days after the Sun is born he enters the signAquarius, the water-bearer (Baptismo). After hisbaptism Christ took his disciples from among thefishermen, and the Sun next enters the sign Pisces,the fishes. We observe Lent and eat fish one dayof the week in honor of the Sun’s passage throughthe sign of the fishes.

Look at the cut again. Christ then became thegood shepherd of the flock. The Sun enters the signAries, the lamb. He is yet young, the lamb or theyoung Sun God.

The ancients had consumed the products of theyear before and were praying for their Sun God tocome back and warm the earth, to bring forth vegetation,which all animal life required. He came,and now he must go forth to the salvation of man;fit the fields for plowing. The bull comes in herefor his share of glory, and he is worshiped, becausehe represents agriculture. The fields are plowed andseed is sown for a late harvest. Look at the cut — the twins represent increase.

Christ spoke of the backsliders. Every year theSun enters the sign Cancer. June 21st to July 22d,symbolized by the crab, which crawls backward, andall vegetation dries up and retreats back into theearth.

This is the summer solstice, or John the Baptist,born just six months before Christ, and who says,John III-30,

“He must increase and I must decrease.”

When? Why, the 22d of July to 23d of August,when the Sun is hottest; exerts most power, the“Lion.”

Unlike tattoos that last forever, microblading is a form of semi-permanent tattooing (keep reading if you wanna know how long it lasts). For microblading, Piret uses a hand tool that lets her. Here is my question for you, Mr. Savage: my girlfriend and I are sexually active, and I can get an erection in the beginning, a fully hard erection, but a few minutes into intercourse, I start to. Roman says tattoos on your wrist or forearm tend to be pretty easy places to start with, but a pinch test (yes, literally pinching yourself with your nails) is a good indicator of which areas on. Cancer astrology tattoo.

Let the reader look at the cut at each paragraphor description of each sign.

Our Christian friends sup to the vestal virgin.When? Every year when the Sun enters the signVirgo, whose symbol is the Virgin, August 23d toSeptember 23d. Now look at the cut and the centralcross, on which the Sun is Crucified every year, andyou will see the Sun has passed over the cross onwhich he is annually crucified, and, like Christ, hashis cross on his back — i.e., passed over it.

Our Christian friends lay much stress upon thejudgment day. Every year, on the 23d day of September,the Sun enters the sign Libra, symbolizedby the balance. Every year after harvest the farmerbalances up his books and pays his debts. Butthere the Sun God presents a parallel to the Son ofGod on the road to the crucifixion. The Sun beginsto retreat, the days to grow shorter. The Sun, likeChrist, is bearing his cross toward the crucifixion.Keep the eye on the cut. The Son of God was crucifiedbetween the two thieves. The Sun God iscrucified between the two heavenly thieves. Scorpioand Sagittarius, October 23d to November 22d — November 22dto December 21st. There is a harvestsomewhere every month in the year, except thesetwo months, the heavenly thieves.

The Sun lost its power, retreated back where itis white and cold. But Sagittarius became the repentantthief, gives up, does not wait until January1st, but gives up December 25th. And after the Suncomes out of hades, where he was for three days,while the days are of one length, he is re-born, thesame as Christ. There are three days about thesame length, the three days the Son of God wassupposed to have descended into hades.

Is this not complete?
Have I left anything out?
What? You say No?
Yes, I have left out the betrayer.
Who was the betrayer?
Judas Iscariot was Christ’s betrayer.
But who was the Sun God’s betrayer?
The ancients had noticed, notwithstanding theirprayers and sacrifices, every year the Sun desertedthem and went back until, to them, he died, wasfinally resurrected. They could not believe theirloved Sun God could willingly desert them, so theylooked into the heavens to see why he went back.

In the tall, every year, they saw him retreat, apparentlyfollowed by a tremendous heavenly host,for there are more stars in the constellations Libra,Scorpio and Sagittarius than in any others, and itwas these stars that seemed to be chasing and pressingthe Sun back. They were led on by a brightand beautiful star the ancients had seen in the east,in early morning, in spring and summer months, justas we do now. By the tip of the earth he has apparentlyfallen to evening star, leading on the heavenlyhost. We call it Venus, the Goddess of Love.They called it “Lucifer, the light-bearer.” 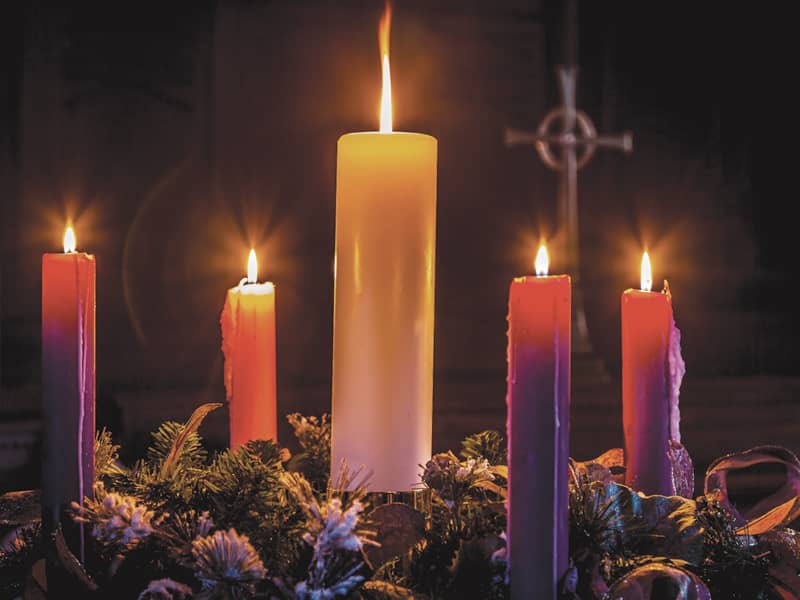 So they cried, “How art thou fallen from heaven, O Lucifer,Star of the Morning?” And so here youhave the story of the war in heaven.

THE KISS OF BETRAYAL.

Does The Bible Believe In Astrology

Let me here call attention to another phase of thestory, though bearing more heavily in favor of theideal than the real. I am compelled to give theCatholic Church a considerable credit here, for holdingin form at least the sacredness of virtue whichthey hold to so strongly in the celibacy of the priesthoodand sacredness of the marriage ties, if not inthe immaculate conception. All of this was no doubtdrawn from a parallel story in the heavens, originallyby the sex worshippers.

Christ, the Son of God, was always talking out ofdoors, mostly in the summer time.
So do we look upon the sun, mostly in summer.

Christ had 12 disciples.
The sun has 12 disciples or 12 signs of the Zodiac.
Christ was betrayed by a kiss from Judas Iscariot.
The sun is betrayed by a kiss from Lucifer, the light bearer, we call Venus the Goddess of Love.
Christ was wont to go to the garden of Gethsemane,where he was finally pursued by the hosts, led on byJudas Iscariot.
Where this garden was situated no one knows.
The word Gethsemane means olives or oil press — says Potter;

The sun takes his course through the gardens atthe summer months, pursued by the heavenly host ofstars of Sagittarius, the sign of religion, and Scorpioand Libra, led on by Lucifer, the light bearer, orVenus.

As Judas betrayed Christ, so does Lucifer or Venusbetray the sun in this way.

The sun is the life giver, yet stands alone in hisvirtue.

Knowing his time has come to be crucified, heoffers the last supper of the harvest year, after whichhe offers a sop to the 12 signs or disciples; that is,in the fall as in the spring there is apparently a newlease of life, animal desires are strengthened as iffor a temptation for self destruction. Old age forgetsits weakness and wastes vital forces. The loweranimals propagate their species; even the trees andflowers put forth new efforts. This is the sop thesun gives at the last supper.

Venus, the Goddess of Love, or Lucifer, as theycalled it, exerts the influences of passion on allnature, the kiss of betrayal, that is, the wages of sinis death. The old man loses his vitality, the loweranimals bring forth their young to perish by therigors of winter, the trees and flowers are caught bythe early frosts; thus, “The wages of sin is death.”All the results of the betrayal by a kiss of passion,for which Lucifer, I. e., Venus, the Goddess of Love,is ashamed of.

We must remember that Judas betrayed the Master for 30 pieces ofsilver.Matthew xxvii:5says:

“And he cast down the pieces of silver in thetemple, and went out and hanged himself.”

Here the writer evidently made a mistake. Therewas no parallel for his hanging himself, but a laterwriter seeing the error, astrologically says —Acts 1:18:
“Now this man purchased a field with the rewardof iniquity; and falling headlong, he burst asunder inthe midst, and all his bowels gushed out.”
(See cutof cosmic man.)

How Does Astrology And Christianity Differ

We must remember that at the time Christ wasbetrayed it was in the garden at night time.

How Does Astrology And Christianity Differ

The silver moon is the ruler of the night, and thebeautiful autumn nights are longer than the days,and there are 30 degrees in each sign. These 30silver moon nights are the 30 pieces of silver Lucifer,Venus, betrayed the sun for. He had been the morningstar, but now betrayed for the 30 pieces of silvernight, but now cast them down in the potter’s fielda graveyard of fall tragedies and disappears here,only to appear again as morning star in the spring,and we see nothing but the man with his bowelsbroke asunder, which covers Virgo, Libra and Scorpioto the secrets, and Lucifer disappears, to be bornagain in the springtime. 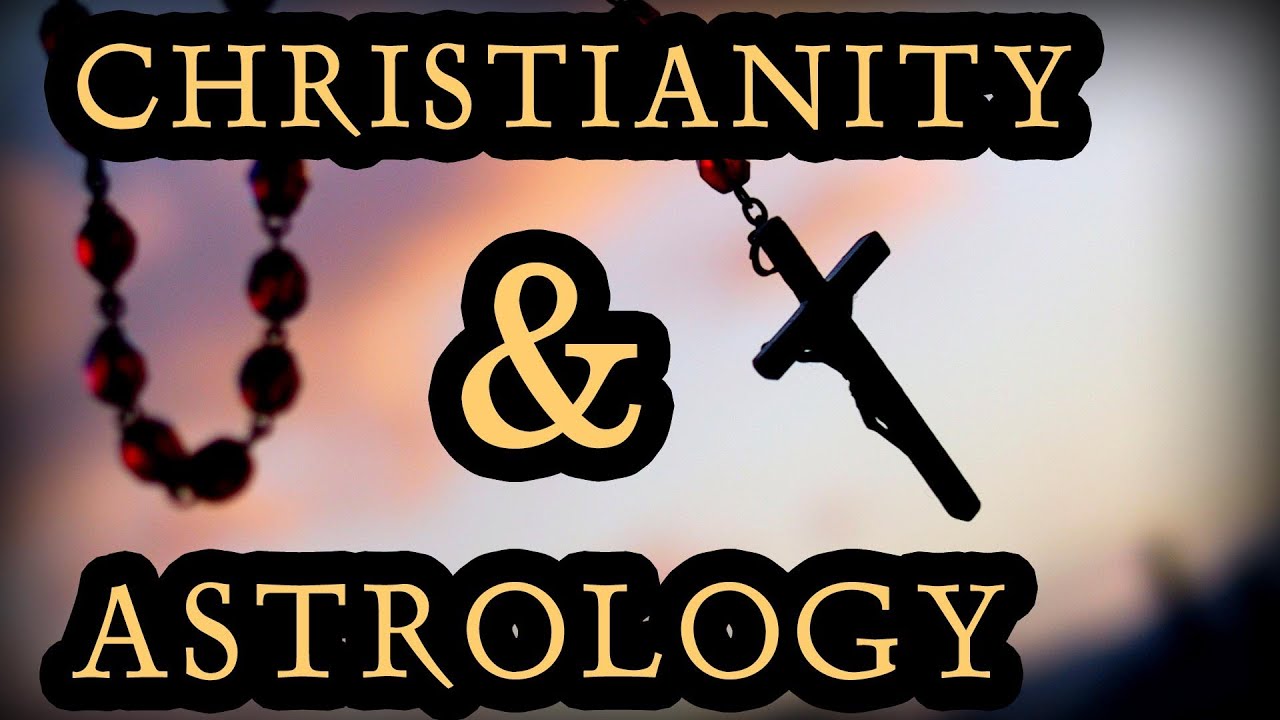 We must remember a piece of silver was of but13 cents of our money or 30 pieces of but $3.90; avery small sum to get for the betrayal to death.

That is an evidence of an allegory. Zodiac signs compatibility. 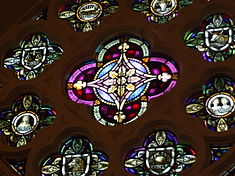 Which is it, a sacred novel founded on astronomy,or is the story of the Son of God paralleled in theheavens as a testimony?

The truths supposed to be spoken by Christ stampthe character too grand and noble to be cast down.whichever way it is, and If I must err I will err onthe side that bears the strongest testimony. If Iaccept it as an allegory I have but one side; if Iaccept it as a parallel I have a testimony.

Enneagram Vs Astrology And Christianity

Now which is it?

Is the Christian religion, with all other religions,together with Mythology and Free Masonry, basedupon Astrology? Or is it a fact that the Sun andstars are enacting the story of the Christian religionevery year? Is the fact about to be recognized thatthe observation of Sunday as a religious holidayoriginated with an Astrologer, and is a testimonythat the whole work is Astrological?
(From the 1907 book by Lyman E. Stowe
Stowe's Bible Astrology: The Bible Founded on Astrology (Kessinger Publishing), pp. 204-210)